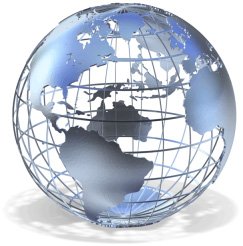 This year long course is meant to prepare students for taking the AP U.S. Government and Politics exam by helping them develop their own framework for understanding U.S. government.  As a college level course, students are expected to read OUTSIDE OF CLASS an average of one - two chapters of the textbook per week, read assigned articles and complete written assignments on a regular basis.  Students will also have exams and projects aligned with the AP syllabus.   In addition, students are expected to participate in small and large group class  discussions and debates.

Students will  become familiar  with the various institutions, groups, beliefs, and ideas that constitute U.S. politics and  the theoretical perspectives and explanations for various behaviors and outcomes.  Students should have a clear understanding of majority rule democracy, federalism, constitutionalism, and civil liberties as well as the relationship and distinctions in and among the institutions and the public policies of those who govern.  When possible, students will compare U.S. political and social institutions with other nation’s institutions.

·      Considerations influencing formulation and adoption of the Constitution

·      Beliefs citizens have about government and its leaders

·      Processes by which citizens learn about politics

·      The nature, sources and consequences of public opinion

·      Factors that lead to differing political beliefs and behaviors

·      Functions, structures, and impacts of media

·      Relationships among the four institutions

·      Policy processes, linkages, and outputs in a federal system

·      Development of civil liberties and civil rights by judicial interpretation